September 10, 2015
Take a trip into the heart of Joburg with our recommended Newtown Route

Until recently, if you mentioned you were off to spend a day touring Johannesburg’s often-chaotic Central Business District, you may well have thought twice. Yes, there are parts of the city that you want to avoid, and as in all major cities around the world, you have to remain vigilant and street-smart at all times. But in the last 5 years, much of central Joburg has seen remarkable changes, offering a new wealth of attractions to the urban-minded tourist.

Newtown, on the outskirts of the city proper, is one such location, and thanks to its youthful, vibrant residents, and a selection of fine restaurants, some of the country’s best museums and attractions, and a funky, off-beat nightlife, a trip to Joburg isn’t complete without a day spent wandering the streets, and a night in one of the bars or clubs, in this unique part of Joburg.

There really is only one way to enter Newtown, and that’s over the grandiose Nelson Mandela Bridge. The easiest way in which to do so is by turning east off the M1 at the Smit Street interchange, following the signs to the Johannesburg Railway Station until you see the structure leading you towards the city.

As one of southern Africa’s largest cable-stayed bridges, this impressive and important feat of engineering has been likened to similar structures around the world, including Paris’s Eiffel Tower and New York’s Statue of Liberty. While this might be a bit of a stretch, a drive over this 284 metre long bridge, which crosses directly over more than 40 railway lines, is a fine way to start your day in the city centre.

Follow signs to Mary Fitzgerald Square, located on a block between Carr Street and Jeppe Street, where you can locate safe, central parking. This large, open square, which was home to one of the country’s biggest Fan Parks during the 2010 FIFA World Cup, is the perfect starting point for exploring the area. There is also other official Newtown parking areas, which offer safe and affordable options.

Museum Africa, located next to the Market Theatre on Bree Street nearby, is one of Johannesburg’s must-visit museums and it offers fascinating insights into Africa’s history through carefully thought out and well organised displays. The main collection of Museum Africa focuses on African culture and history, including various artworks and unique archaeological discoveries. The museum is closed on Mondays, and is open Tuesday to Sunday from 09:00 to 17:00.

Once you have enjoyed everything that the museum has to offer, be sure to pass by the famous Market Theatre, and make a note of its location. Showing some of the country’s best live theatre performances, many of which are featured in our events page, it’s highly recommended that you take in a show at the Market Theatre at some stage during your stay in the city.

Nearby, the Market Photo Workshop is also a must-visit for fans of photography. This full-time school of photography hosts regular exhibitions of the country’s best works, offering unique perspectives on the city centre just outside its doors.

Dining in Newtown is an eclectic affair, and you can find yourself eating in anything from a stock-standard coffee shop chain, to more authentic South African restaurants. The Sophia Town Bar Lounge is one such establishment, and it offers a good mix of cost-effective meals with a touch of African chic.

Gramadoelas, also in the Market Theatre precinct, serves up an authentic mix of African dishes, and has proudly hosted some of the world’s most respected celebrities and politicians, and is well worth a visit.

If beer is your drink of choice, however, continue straight to the SAB World of Beer, where you can pick up a basic pub lunch before embarking on a fascinating trip into the history of one of the world’s largest breweries. South African Breweries led the way in the redevelopment of Newtown, and the organised tours are a must-do, even for non-beer drinkers.

If you’re intent on spending an evening drinking in Newtown’s celebrated nightlife, then pay a visit to one of the many shops in the area. Xarra Books on Jeppe Street is one of the region’s most popular stores and regularly hosts book launches for the country’s most respected authors, while Zasekhaya Market will satisfy all of your African curio cravings. If you’re in the mood for a bit of haggling, take a short drive through to the Oriental Plaza, where you can bag a fantastic bargain on anything from fine suits to a freshly-made samosas.

Newtown has quickly become famous for its nightlife, offering an all-together different experience to its Northern Suburbs rivals. These clubs and bars, many of which have deep roots in Johannesburg culture, regularly host the country’s top bands in relaxed, informal environments. Bassline, The Woods in Newtown, and the Alex Theatre in nearby Braamfontein, all show the country’s top bands on a regular basis. Of course, there are plenty of bars that thrive late into the night all around Newtown, most of which offer a great night out on the town.

While a long day in Newtown will no doubt leave your legs aching and your ears ringing, it will also leave you totally satisfied that you’ve experienced one of the city’s most vibrant and energetic cultural hubs.

For more information and a comprehensive guide to everything Johannesburg, please visit our page. 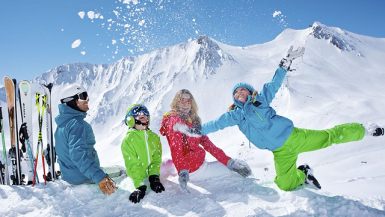 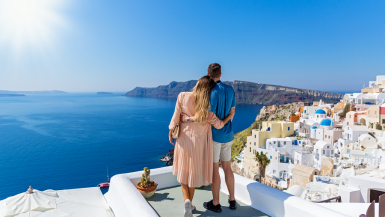 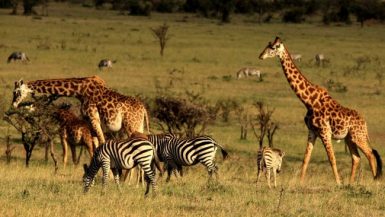 5 of the Best African Safari Tours to Consider