If Travellers Ruled the World… …how would they rule?

Oh dear. It’s finally begun. It’s happening, and there is nothing I can do about it…

Having skillfully avoided political discussion from the millisecond I was born, I’ve just spotted a new assignment lurking in my inbox – namely, the daunting question that forms the title of this article.

Immediately a catastrophically lame joke limped into my mind – it involved using the word ‘rule’ in the sense of ‘That rules, dude!’ – but it made me cringe so violently my fingers were momentarily paralysed, which left me unable to type, which in turn gave me time to reconsider.

So here goes, my second foray into the murky world of power…

Answering this question on behalf of all travellers obviously poses some problems that need rectifying.

Problem One: How to gauge the voice of a world-wide community?

As there appears to have been no democratic process by which I was chosen to write this piece, I’m going to assume a dictatorial stance, so my first rule is to remove the ‘u’ and ‘e’ from the word ‘gauge’ so that I might be better heard.

Problem Two:  How to turn such vastly broad subject matter into a concise manifesto?

Well, as I’m a dictator now, I can pretty much do what I want, so therefore will only concentrate on areas of policy closest to my cold, cold heart, such as pursuing world peace and ending world hunger and the like.

War – the bane of the human race. No one likes war. People die, things get broken. It’s rubbish. And yet, for one reason or another, we keep doing it. So now all us liberal travellers are in charge – and by ‘us’ I do of course mean ‘me’ – we should stop all wars, right?

That would be like pressing a snooze button, which as we all know is nothing more than a deeply deluded response to an anguishing yet unavoidable reality. No, better we accept the inevitable, which is that people will always find a reason to squabble. The tragic irony of this is that the stubborn passion with which we cling to our beliefs and principles is actually the one thing we all have in common, but instead of rejoicing on our common ground we scratch lines in it and turn our suspicious attention to those instead.

Still, not to worry – I have a plan. I not only think we should keep war, I think we should encourage it. We do, however, need to alter the rules. In a word, we need to make it…warsome. (I hereby make a pledge to never insult you with such terrible wordplay ever again).

My proposition is simple: replace all guns with Super Soaker Extreme Ultimate XXX 5,000s (or whatever they’re called nowadays) and all hand grenades with water balloons. This – let’s face it – magnificent solution to bloodshed has its roots in a hostel somewhere in Cairns, the chilled-out city in Australia’s tropical north, where last year I was engaged in an epic water fight with my fellow travellers. Here was a mix of people of different nationalities doing what people of different nationalities have been doing since time immemorial: battling. But with a difference. The word xenophobia lost all meaning and was banished to its proper home – a Scrabble board – as alliances were created and abandoned with gleeful spontaneity. For example, one moment I was involved in balloon to balloon combat with a rather hairy Dutch man; the next moment the two of us had joined forces and were emptying buckets of water onto three squealing Canadian girls. But most importantly, everyone had a right good laugh, no one died and only a few things got broken.

So as a further decree to this flawless initiative, each country must go to ‘war’ with another country for at least one week of every year. The whole thing will be filmed and broadcast live across the planet. A coin toss will determine which one of the countries will host the battle, and once that’s decided, the host country will decide where the battleground will be. So for example, if Scotland and Zimbabwe are pitted against each other with Scotland as the host, it might choose its capital, the endlessly endearing city of Edinburgh, as its battleground.

Allegiance to one’s own country is not compulsory – in fact, it will be frowned upon. By me. This will ensure maximum cultural interaction, which in turn will help everyone arrive at the same conclusion, which is this: We are all slightly eccentric, but more or less the same. This is something every traveller realises sooner or later – a standard epiphany – but I can guarantee if everyone had the same insight, the world would be a much calmer place and leaders wouldn’t quite so readily send out planes crammed with bombs.

Simple, really. Anyone who’s ever set foot in Ireland will know that for all its wonderful sights and fascinating culture, the place is pummelled incessantly by indescribable amounts of rain. There’s not much that can be done about where the rain falls, but where it ends up is something we can look in to…

At present, much of this unwanted water falls onto umbrellas. Now, if we were to let nature take its course (as it inevitably does) in whipping these brollies inside out, and allow them to stay that way (instead of yelling bad words and hurling the hopeless inventions to the floor in fits of rage), water would begin to collect. All over Ireland, cocktail-glass-shaped devices would be held proudly aloof, like a collective toast to the end of world hunger. There will be water-depositories, um, everywhere, and they will all filter down to a series of giant aqueducts (plumbing inspiration taken from the Romans there) that will lead straight to the driest places on the planet.

You may be questioning many, many, many things by this point, and while I simply don’t have time to answer all those questions, I can put your minds at rest regarding the biggest one… What about Bono?

Now Bono, I know you’ll be reading this, so I may as well address you directly. As I’ve already solved the hunger issue, you will be expected to take on a more productive and less irritating role in saving the planet. If we could somehow harness your ego as an alternative and renewable energy source, I believe global warming could be halted within the hour. I’ll be in touch just as soon as I’ve finished this – which for the record won’t be long, people, so bear with me.

Now that the three major issues blighting our planet have been swiftly and effectively dealt with, we can turn our attention to something every traveller holds dear: the process by which we get about.

I’m aware that with all the ingenious proposals outlined so far you may be getting a little lightheaded, not to mention delirious with awe, so I’ll just provide a little taster of what’s to come, then divulge more at a later date.

In keeping with the (utterly absurd yet faintly plausible) theme of this manifesto, our means of train travel will be undergoing a dramatically brilliant overhaul.

Travel should be fun, not a chore, and it is my bold intention to make it so.

The new terrain stations will be starting and finishing points for various types of terrain. So a typical one hour journey with four stops might include a bout of white water rafting, a ride through a canopy of trees on a zip-line, a camel ride and a hike to the top of a mountain and a ski down the other side.

And on that mildly ambitious note, things will have to be wrapped up (for now). Plus, I’ve already got three missed calls from Bono. 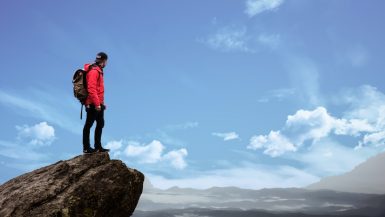 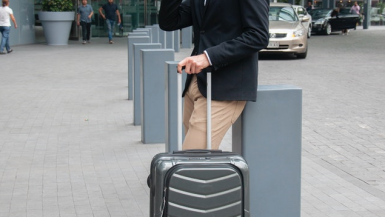 Enjoy A Well-Packed, Stress-Free Holiday With The Ultimate Packing Checklist. 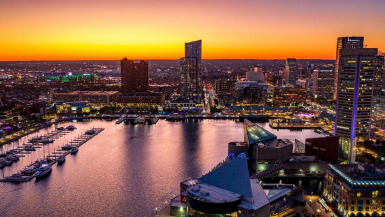